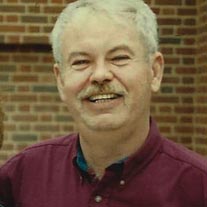 He was also preceded in death by sister Mary Stafford King, and a brother, Dr. William David Stafford.

Born on June 22, 1946 in Bluefield, WV, he was raised on a farm ‘up Wolf Creek’ outside of Narrows, VA. He was a 1964 graduate of Narrows High School and earned a Bachelor of Science degree in Mechanical Engineering from the University of Tennessee. After college, he worked jobs at Monsanto and ConAgra in Alabama and Louisiana, respectively, for 8 years, before coming back home to Narrows, VA to work at Celanese. Ron retired from Celanese after 25 years of service and was a co-founder of one of the first Internet service providers servicing the areas of Giles and Monroe (WV) Counties.

Ron was an active member of the community. He served on the New River Community College Board of Directors, the Narrows Town Council, was an elder at Valley Presbyterian Church, and volunteered as a youth sports coach for many seasons. Education was also a passion to Ron, and he worked as an adjunct professor at New River Community College and volunteered as a technology advisor to the Giles County School System. His other passions include watching University of Tennessee sports, playing golf, and learning about technology.

Funeral services will be held Wednesday, February 3rd, 2016 at 1 PM at New Valley Fellowship in Narrows. Burial will follow in the Boyd Cemetery in the Wolf Creek community near Narrows. The family will receive friends at Riffe’s Funeral Service in Narrows Tuesday from 6 to 8 PM.

The family requests that those sending memorial contributions, please consider the charity of your choice.

The family is being served by Riffe’s Funeral Service in Narrows, (540) 726-2442, and online at www.riffefuneralservice.com.