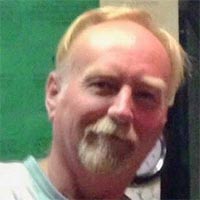 After graduating from Blacksburg High School in 1972, he attended Northeastern Oklahoma A & M Junior College for baseball then later transferred to Virginia Tech to play for legendary baseball coach, Bob Humphreys. He played for the seven time state softball champions sponsored by Harveys Chevrolet. He was a ball boy for the Virginia Tech football team from 1983-2015. He was also an avid supporter of Blacksburg High School Athletics. Along with his personal athletic accomplishments, he loved the Hokies and the Oklahoma Sooners.

Funeral services will be conducted on Friday, March 13, 2020 at 2 p.m. in the McCoy Funeral Home Chapel with Rev. Shake Smith officiating. Interment will follow in Boyd Cemetery, Narrows. The family will receive friends from 6-8 p.m. on Thursday, March 12, 2020 at McCoy Funeral Home, Blacksburg.

In lieu of flowers, memorial contributions may be made to the National Kidney Foundation, Finance Department, 30 East 33rd Street, New York, NY 10016.