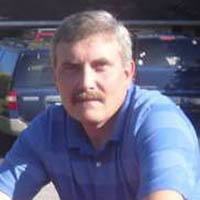 Henry Lee Stafford, 53, of Elliston and formerly of Giles County departed this life Friday evening, November 9, 2018 in the loving care of his family and Carilion Hospice. He was born in Pearisburg on May 23, 1965.

Henry was a 1983 graduate of Giles High School, was a retired supervisor at Yokohoma Tire Co in Salem, grew up in Pleasant Hill United Methodist Church and the Bane area, and attended the Baptist Church in Elliston.

He was preceded in death by his step-mother Brenda Stafford and step-son Jeremy Cromer.

He leaves to cherish his memory his wife Tammy Waugh Stafford; his children Christopher Henry Stafford and Stephanie Stafford; his father and step-mother William Cecil and Linda Stafford; his mother and step-father Violet Austin and Donald Epling; his step-children Rebecca Cromer, Megan Daniel, Christopher Hylton, and Matthew Harris; is sisters and brothers-in-law Mary and Garrett Justice, Crystal and Troy Martin; and his fifteen great-grandchildren.

Memorial services will be conducted Wednesday evening, November 14, 2018 at 6:00 pm in the Pleasant Hill United Methodist Church in the Bane Community near Pearisburg, with The Rev Donald Swift and The Rev Bob Moore officiating. The Kendall Funeral Home in Pembroke is in charge of the arrangements. Online condolences may be sent by visiting kendallfuneralhome.com.