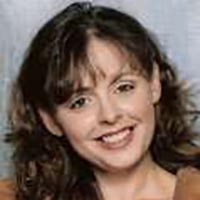 Gina Michelle Presgraves-Kilby, 38, of Staffordsville, Va., departed this life on Sunday morning, October 11, 2009, after a long and courageous battle with ovarian cancer. Born in Jacksonville, Fla., on December 1, 1970, she was a daughter of Jeanette Campbell Presgraves, of Dublin, and the late Meredith Presgraves Jr.

She had been employed with various firms through the years and before her fight with cancer had “the looks of a model.”

Gina leaves to cherish her memory, her mother, Jeanette; her husband, Dale Stafford; her son, Cody Mitchell Kilby; her daughter, Brooke Kilby, of Staffordsville; her mother-inlaw, Mary Stafford, of Pearisburg; her brother, Mert Presgraves III, of Fairlawn; her sisters, Theresa Wallace and Julie Presgraves, of Dublin; her granddaughter, Kyleigh Michelle Kilby; her brothersin-law, Dave Wallace and Eric Stafford; her sisters-in-law, Kacie Presgraves and Blossom Stafford; several nieces and nephews; a special niece, Lexi; a special friend, Nuggie; and will be greatly missed by all who knew her.

Gina wanted everyone to know: “Cancer cannot invade the soul or conquer the spirit.”

Funeral services will be conducted 2 p.m. on Wednesday, October 14, 2009, in the Kendall Funeral Home at 605 Snidow St. in Pembroke with burial following in the Kirk Cemetery at Burton. The family will receive friends at the funeral home on Tuesday evening, October 13, 2009, from 6 to 8 p.m. Online condolences may be sent to the family at kendallfuneralhome.com.