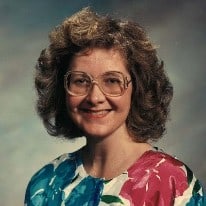 Elizabeth Ann Stafford, 67, of Roanoke, formerly of Pearisburg, passed away Monday night, February 28, 2022. Ms. Stafford was born on February 3, 1955, in Pearisburg, Va., and was a daughter of the late John Randolph Stafford and Eula Johnston Stafford, both of Pearisburg.

Ann attended Emory and Henry College and Virginia Tech and worked for a number of years at Skyline Soil Conservation in the Giles County Courthouse. Her Christian faith was important to her and she enjoyed church activities and Sunday School at the Pearisburg United Methodist Church and later at the Roanoke Huntington Court United Methodist Church. She was also devoted to many family members and friends in both Pearisburg and Roanoke. She stayed in close touch with her friends and many cousins.

She is survived by one brother, Jim Stafford, his wife, Margaret Fowler, and their daughter Jillian Stafford, of Owego New York. Funeral services will be conducted Saturday, March 12, 2022, at 2 p.m. at the Givens Funeral Chapel in Pearisburg with the Rev Brian Burch officiating with burial following in the Birchlawn Burial Park in Pearisburg. The family will receive friends at the Givens Funeral Home 1 hour before the service from 1 – 2 p.m. Memorial donations may be made to the First United Methodist Church in Pearisburg. Condolences can be sent to the family at givensfuneralhome.com.