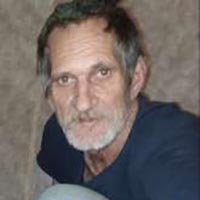 William Alfred Spicer, 71 of Pearisburg, VA departed this life suddenly October 10, 2020. Born in Narrows, VA on March 5, 1949, he was a son of the late Willie and Ercell Keffer Spicer.

There will be a graveside service held on Wednesday, October 14, 2020 at 1:30 PM in Angels Rest Cemetery in Narrows, VA with Pastor Jim Hagy officiating. Family will receive friends at the Kendall Funeral Home Chapel in Pembroke, VA Wednesday, October 14, 2020 from 12:00 PM until 1:00 PM. Online condolences may be sent by visiting www.kendallfuneralhome.com. The staff of Kendall Funeral Home are honored to be serving the Spicer family.