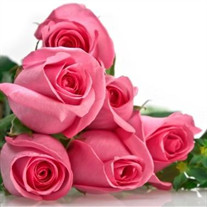 Hazel Marie White Spicer, 84, of Narrows, went home to be with the Lord surrounded by her family on Tuesday, January 30, 2007 at her home. A lifelong resident of Giles County, she was born on November 6, 1922 and was the daughter of the late Jess Henderson and Nellie Ada Fletcher Vaught.

A graduate of Narrows High School, she was a retired employee of Riverview Nursing Home in Rich Creek and a member of the Narrows Church of God of Prophecy.