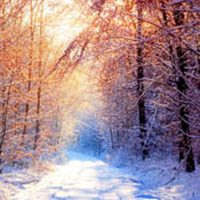 Besides his parents, he was preceded in death by a daughter, Wanda S. Taylor; one sister, Katheryn Spaur; and two brothers, Howard Spaur and Virgil Life Spaur. Mr. Spaur was a United States Army Veteran and was a retired Celanese employee with 29 years of service.

He is survived by his wife, of 64 1/2 years, Goldie Price Spaur of Pearisburg; one son and daughter-in-law, John L. Spaur and wife, Mary of Pearisburg; and two grandchildren, Nicholas Spaur and A.C. Taylor; one sister, Maxine Staffino of Tullahoma, Tenn., and former son-in-law, Arthur Taylor and his wife, Teresa of Lexington.

A graveside funeral service will be held Saturday, December 27, 2014, at 1 p.m. at the Birchlawn Burial Park in Pearisburg with Charles Henderson officiating. The family will receive friends at Givens Funeral Home in Pearisburg from 11:45 to 12:45 p.m. Condolences can be sent to the family at givensfuneralhome.com.