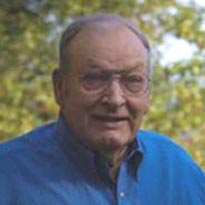 Don was loved by many and will be greatly missed. He is survived by his wife of 61 years, Lula Mae Reed Sowers; daughters and son-in-laws, Kathy and Elton Nichols; Connie and Van Martin. Two grandchildren, David and Tiffany Songer, Rachel Martin. One great-granddaughter, Charlee Songer- all of Riner. A step-granddaughter Elisha Nichols and friend Shannon Hypes of Pilot. Two sisters, Jean (Kenneth) Graham of Salem and Margie (Cecil) Sutphin of Pilot and sister-in-law Corine Sowers of Floyd. He is also survived by a sister-in-law Virgie Quesenberry and brother-in-law Calvin (Evelyn) Reed all of Floyd.

Don was a hardworking and kind hearted man and friend to many. He put God first and family second and was a member of Bible Holiness Church in Christiansburg. He was a carpenter/building contractor and leaves many quality built homes throughout Floyd and Montgomery County. During his younger years he loved fox hunting. After retiring he enjoyed a little cattle farming and spending Wednesdays at the stock pen.