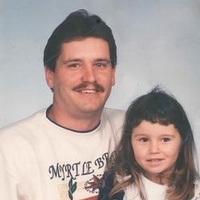 Survivors include his daughter, Taelor Nicole Sowers of Radford; grandchildren, Xavier, Brieana, Ali and Haley; parents, Billy and Barbara Sowers of Radford; sister and brother-in-law, Debbie and David Linkous of Radford; brother and sister-in-law, Bryan and Amy Sowers of Lynchburg; girlfriend, Michelle Dowdy of Pilot; and lots of other family and friends.

The family will receive friends from 12 Noon until 2 p.m. on Wednesday, April 20, 2016 at the Mullins Funeral Home in Radford. Funeral services will begin at 2 p.m. with Pastor Charles Bias and Pastor Brian Cockram officiating. Interment will follow in West View Cemetery in Radford.

The Sowers family is in the care of Mullins Funeral Home & Crematory in Radford. www.mullinsfuneralhome.com