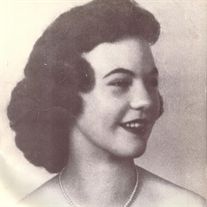 The family will receive friends at Horne Funeral Home on Tuesday, August 11, 2015 from 6-8 p.m. The funeral service will be held at the Cambria Pentecostal Church on Wednesday, August 12, 2015 at 2 p.m. with Rev. Jerry Sheppard officiating. Interment will follow in Sunset Cemetery.