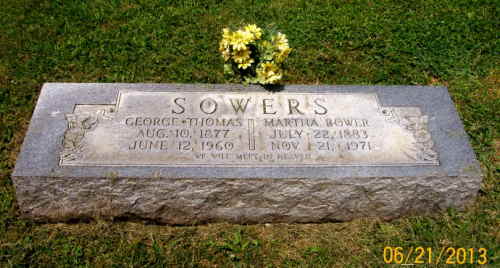 A retired farmer, Mr. Sowers was born in Floyd county August 10. 1877, the son of the late George Wesley and Elizabeth Mitchell Sowers and was a life-long member of the Methodist church and a member of the Jr. QUAM.

Funeral services will be held Tuesday at 4 p. m. from the Newbern Methodist Church with the Rev. Ralph Malcomb and the Rev. Clifton Anderson officiating. Interment will follow in the Dublin Cemetery.

The body will be removed from Thomas M. Seagle & Sons Funeral Home to the residence where it will remain until one hour before services when it will be taken to the church to lie in state. Active pallbearers will include Henry Farris, Embert Farris, Basil Cox, Hugh Morris, Kenneth Quesenberry and Jack Vaughan.