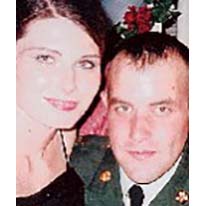 Anthony C. Sowers, 28, of Salem, Va., went home to be with the Lord on Tuesday, August 3, 2010. He was a 2000 graduate of Glenvar High School. Anthony served with the United States Army in Iraq and at the time of his death he was serving with the National Guard. He was an employee of Superior Exterminating.

In lieu of flowers, the family requests that memorials be made to the Military Family Support Center, P.O. Box 1122. Salem, Va. 24153. Funeral Services will be conducted 2 p.m. on Saturday, August 7, 2010, at Simpson Funeral Home, 5160 Peters Creek Road. Interment will follow in First Baptist Church Cemetery, Elliston. The family will receive friends two hours prior to the funeral service at Simpson Funeral Home, 540-366-0707.