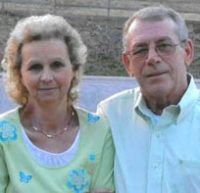 Phillip Dale Southern, 68, of Newport, died on Wednesday, June 24, 2015, at his home. He was born in Montgomery County, Va., on September 20, 1946, to the late Henry Blair and Juanita Price Southern. He was also preceded in death by his wife, Barbara Williams Southern.

Funeral Services will be conducted at 11 a.m. on Saturday, June 27, 2015, in the McCoy Funeral Home Chapel with the Minister Johnny Carter officiating. Interment will follow in the Newport Cemetery. Friends may call anytime after noon on Friday, June 26, 2015, and the family will receive friends from 6 to 8 p.m. on Friday evening at the McCoy Funeral Home, 150 Country Club Dr. SW, Blacksburg.