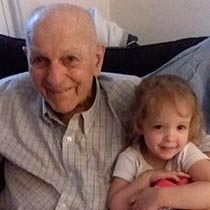 Edward Meade Soucek, 84, of Claytor Lake, passed away on Wednesday September 19, 2018. He was born on August 24, 1934, to the late Frank J. and Adeline Kvasnicka Soucek, Sr. He grew up in Prince George County where he quickly fell in love with the waters of the James River, as he played and adventured along its banks in his youth.

He moved to Southwest Virginia to attend Virginia Tech where he not only graduated with two engineering degrees but also met the love his life, his late wife Mabel Long Soucek, while attending there. After college, he entered the workforce and was retired with over 35 years of service with the Radford Army Ammunition Plant, serving in numerous capacities including Propellant Manager.

In his retirement, his love affair with the water was renewed as he spent time in his home situated on the banks of Claytor Lake. He kept busy during his retirement years accompanied always by his steadfast four-legged companions, Jake, Booty and Daisy. He was a long-time, active member of the First Baptist Church in Radford.

The family will receive friends at First Baptist Church in Radford from 11 a.m. to 12:30 p.m. on Monday September 24, 2018 , with a memorial service to follow at 1p.m. with Dr. Paul Lane officiating.

In lieu of flowers, those desiring may make memorial contributions to the Radford Humane Society (PO Box 581, Radford, Virginia 24143).

DeVilbiss Funeral Home in Radford is in charge of arrangements.