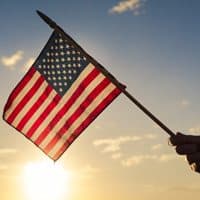 Those we love don’t go away; they walk beside us every day. Unseen, unheard, but always near; So, loved so missed, so very dear. One of the dearest of those souls, William Edward Snidow, 98 of Pembroke, VA departed this life to enter into his Heavenly Home on June 5, 2022. Born in Giles County, Virginia on October 5, 1923, he was a son of the late Oscar Cummings Snidow and Macie Johnston Snidow.

William was a servant of his country and community; serving his family always first. William was a graduate of Pembroke High School, making him a Corncutter. Mr. Snidow is a member of what some would call the “Greatest Generation”. He therefore, served his country as a Soldier in the United States Army in World War II earning the Bronze Star. Upon returning home, he served his community in work for over 45 years at Celanese as an air condition mechanic. He practiced his faith in faithful attendance at the Mount Lebanon First United Methodist Church, and would attend Pembroke First United Methodist Church in his last years. He continued serving his community well as a member of the American Legion; a founding member of the Little Meadows Hunting Club; a founding member of the Pembroke Fire Department; and an active member of the Snidow Association. In his spare time, he enjoyed gardening, of which he was considered gifted tending to his gladiolas; travelling; researching and telling history; and any community service involvement he could assist with.

In addition to his parents, William is preceded in death by his wife of 76 years, Ellen Bowles Snidow; his brothers, Joe Snidow, Oscar Snidow; and his half-brothers, Ralph, Paul, and Flynn Snidow.

While flowers are appreciated, the family would like to suggest in lieu of flowers, memorial donations be gifted to Mt. Lebanon Methodist Church in memory of Mr. Snidow.

A guestbook is available to send condolences or share a sweet story by visiting www.kendallfuneralhome.com. The staff of Kendall Funeral Home are honored to serve the Snidow family.