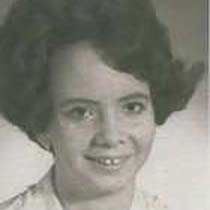 Vicky Lee Harless Smith, 65, of Roanoke departed this life Wednesday evening, January 10, 2018, at Carilion Roanoke Memorial Hospital in Roanoke. Born in Narrows on May 16, 1952, she was a daughter of the late Carl “Tobe” Harless and Sylvia Lafon Cooper. She had been employed as a processor at Goodwill Industries. Vicky was preceded in death by her parents, a grandson Tyler Cole Smith, her sisters Nona Smith and Ellen Harless and her brother Johnny Harless.

She leaves to cherish her memory her son and daughter-in-law Daniel Wallace Smith “Wally” and his wife Missy of Blacksburg; her daughter and caregiver Sandra S Biesiada of Roanoke her brother Robert Harless of Roanoke; her sisters and their husbands Jean Buckner (George) of Bedford, Carla Buckner (Kenny) of Rock Mount, Sereta Beckner (Ronnie) of Roanoke, Janis Martin (Jimmy) of Pembroke; her grandchildren Cody, Adam, Alex, Dustin, Justin, Josh; her great-grandchildren Levi, Alleighia, Braxton, and Kailie.

Funeral services will be conducted Saturday, January 13, 2018 at 3:00 pm in the Kendall Funeral Home, 605 Snidow St., Pembroke with burial following in the Songer Cemetery on Mt Lake Road, Newport. The family will receive friends at the funeral home two hours before the services. Online condolences may be sent by visiting kendallfuneralhome.com.