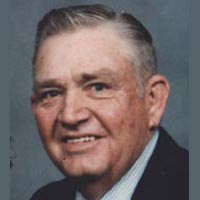 Stanley Jackson “Jack” Smith, 82, of Radford, passed away Sunday, June 20, 2015. He retired from C&P Telephone with 35 years of service and was a United States Army veteran serving in the Korean Conflict.

He was preceded in death by his wife, Virginia Shelor Smith, his parents, Darst Russell and Erma Sue Smith, and his son-in-law, David Woodyard, and two brothers.

Survivors include his son and daughter-in-law, Earl and Kathy Smith of Radford; daughter, Anne Woodyard of Dublin; grandchildren and their spouses, Whitney and Jeff Madison, Lindsey Smith, Stanley and Julie White, Veronica White, Steven and Cammie Woodyard, and Jonathan and Laurie Woodyard; 10 great-grandchildren; brothers and sisters-in-law, Donald and Anita Smith of Dublin, and Tom and Betty Smith of Charlottesville; and numerous nieces and nephews.
Funeral services will be held at 11 a.m. on Wednesday, June 24, 2015 at the Mullins Funeral Home in Radford with Rev. Bobby Lorton officiating. Interment will follow in Highland Memory Gardens where members of V.F.W. Post #776 will conduct military graveside rites. The family will receive friends from 5 until 7 p.m. Tuesday evening at the funeral home.
The Smith family is in the care of Mullins Funeral Home & Crematory in Radford. www.mullinsfuneralhome.com