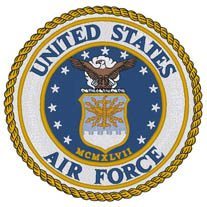 He is survived by his wife of 46 years, Mescal Albert Smith; three children and their spouses, Jackie and Charles Dove, of Blacksburg, Jeanine and Randall Maxwell, of Christiansburg, Chuck and Janice Smith, also of Christiansburg; eight grandchildren; one greatgrandchild with one more great-grandchild due in August; a sister and her husband, Dot and C.W. Toney, of Moneta, Va.; as well as several nieces and nephews.

J.R. retired from the United States Air Force after serving 20 years and thereafter retired from IT&T in Roanoke, Va., after having worked 26 years. He and Mescal were members of Blacksburg First Wesleyan Church.