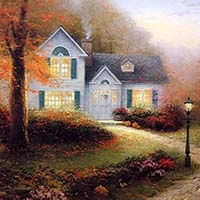 A lifelong resident of Giles County, she was born on December 5th, 1944 and was the daughter of Inez Blankenship Smith and the late Carl Hewitt Smith. In addition to her father, she was preceded in death by a brother, William David Smith, and a brother-in-law, Tyrus Raymond Ramos.

Sallie was an employee of Wal-Mart in Pearisburg, and will be deeply missed by all who knew her.

Funeral services will be held Tuesday, January 22nd, 2008 at 11 AM at the North Narrows Tabernacle with Pastor Paul Terry and Rev. Eddie Kendall officiating. Burial will follow in Angel’s Rest Cemetery. The family will receive friends at Riffe’s Funeral Service in Narrows Monday from 6-9 PM. The family requests that those sending memorial contributions, please consider the North Narrows Tabernacle. Online condolence messages can be sent to the family at www.riffes.com.