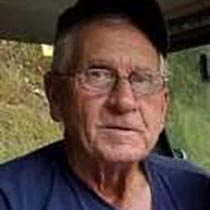 Roger Eugene (Gene) Smith, 68, OF Smith Brothers Road at Newport, departed this life Saturday evening, October 22, 2016 at Princeton Community Hospital in Princeton, WV. Born in Pearisburg on November 2, 1947, he was a son of the late John W and Amanda “Bill” Link Smith.

He was in the 1966 graduating class at Giles High School; was retired from the Celanese Plant at Narrows and he and his brothers excavating business provided services to many in the Newport Community. He was preceded in death by his parents, his sisters Mary Frances Smith (infant) and June Smith Kerr, and his brothers John “Sonny” Smith, Jimmy Smith, and Jerry Smith, and his sister-in-law Sandra C Smith.

He leaves to cherish his memory his wife of almost 49 years Betty Martin Smith; his son and daughter-in-law Darrell and Cathy Smith; his daughter Tammy Smith Surface, his grandson Tyler Surface Smith, his great-granddaughter and the apple of his eye Braelynn Smith; his sisters and brothers-in-law Iris “Tater” Smith of Roanoke, Patsy and Charlie Vaught of Salem, Joyce and Mike Dilello of Christiansburg; his sisters-in-law Pat Smith of Newport and Bonnie Smith of Christiansburg; and his brother-in-law Walter Kerr of Narrows. Also he leaves special cousins Jo Olsen and Dawn Knapton of Salt Lake City, Utah; special nephew John Wayne Smith; and very special friends Glen Sarver and Betsy Link; and many other nieces, nephews and friends.

Funeral services will be conducted Saturday, October 29, 2016 at 11:00 am in Riverview Baptist Church in Ripplemead with Pastor Eddie Kendall officiating. Burial will follow in the Atkins Cemetery near his home. The family will receive friends at the Kendall Funeral Home, 605 Snidow St., Pembroke, Friday evening from 6 until 8 pm. In lieu of flowers the family requests donations be made to the Newport Rescue Squad, P O Box 144, Newport, VA 24128. Online condolences may be sent by visiting kendallfuneralhome.com.