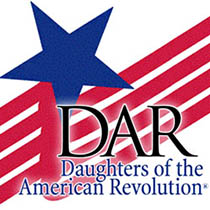 Nellie Lowman Smith, age 102 of Sandy Hook, CT, formerly of Pulaski County, Va., died Sunday afternoon August 26, 2007 At Ashlar of Newtown, a Masonic facility. She was born on March 14, 1905 in Pulaski County, and was the daughter of the late Naomi Cole Lowman and the Reverend Jottie Joseph Lowman.

She was a direct descendant of Barrister John Sollers, who in 1692, was consignatory to address from Protestants to His Majesty King of England for permission to establish the Anglican Church in Calvert County, MD. She was a descendant of the Cecil Family who settled in Southwest Virginia in the early 1700’s.

In addition to her parents, she was preceded in death by her husband, Raymond Houston Smith, a son, Dr. John Joseph Smith, and two brothers, Willard and Trent Lowman.

She is survived by her daughter, Naomi S. Sharpe of Oronoque, CT, along with six grandchildren and eleven great-grandchildren. Graveside funeral services will be held Saturday September 1, 2007 at 2:00 p.m. at the Cecil Chapel Cemetery with the Reverend Garnett Byrd officiating.

Online condolences may be sent to the family by visiting www.seaglefuneralhome.com. Arrangements by Thomas M. Seagle & Sons, Pulaski.