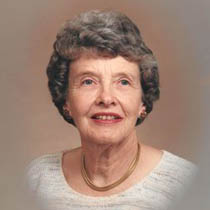 Margaret Virginia Smith, from whose family farm sprouted the Pulaski County community of Fairlawn, died on Thursday, March 17, 2016, two and a half weeks after her 90th birthday. Margaret lived nearly her entire life on the 100 acres that remained of a farm that had once sprawled over 300 acres just across the New River from Radford.

Margaret’s father, J. Logan Smith, had been forced to sell part of the original farm during the Great Depression and still more a few years later to the Fairlawn Realty Company to provide housing for the hundreds of people who flocked to the county to work at the new Radford Ordnance Works (later called the Radford Army Ammunition Plant). Eventually, more land was sold for Riverlawn Elementary School. The community of Fairlawn was born on the Smith’s doorstep.

Margaret was born on February 28, 1926, at St. Alban’s Hospital and was home-schooled through the sixth grade by students from Radford College who stayed in the family farmhouse, attended their classes in the morning, then returned across the bridge to teach Margaret in the afternoon. In the seventh grade, Margaret attended McGuffey School, now part of the Radford University campus.

During World War II, the Smith farmhouse became a temporary home for arsenal workers. Margaret and her parents took in as many as 23 boarders at one time. Each morning before school, Margaret’s responsibility was to make lunches for the boarders. She rolled out wax paper and set up an assembly line to make sandwiches. Each man got four sandwiches, a dessert and a piece of fruit. In the evenings after work, the men listened to the radio and Victrola, or played Rook and Canasta, with Margaret often joining in the card games. In addition, she assisted with many farm tasks which included the raising of hogs, cows and chickens and the tending of a large garden.

Margaret wanted to be a doctor or a nurse, but her family did not have the money to put her through medical school. After graduating from Radford High School, which only went until the 11th grade, she earned a secretarial degree from Radford College and then went to work in the medical records department at St. Alban’s Hospital, a position she loved. She used her savings to buy her first car – a Buick – when she was 30 years old. She stayed at St. Albans for 45 years until she retired in 1990.

Margaret loved to travel. She took trips with church groups and bus tours, traveling to New York City, Boston, Vermont and Maine. She traveled west to Colorado and South Dakota. At home, she was a committed and caring volunteer. As a lifelong member of Grove United Methodist Church she was devoted to its many good causes well into her 80s, including United Methodist Women, the Caring Hands committee and the annual Thanksgiving Community Meal. She also helped for many years at the Radford-Fairlawn Daily Bread. She kept up with current events as an avid reader of three newspapers: The Roanoke Times, the Southwest Times and Radford News Journal. She loved animals and raised generations of dogs and cats who were treated as beloved family members.

All the while, she held on to the farm, a 100-acre emerald isle in a rising sea of houses, fast-food restaurants and shopping centers. With the help of the Virginia Outdoors Foundation she made plans to forever preserve the farm as open space.

In addition to her parents, Ella Virginia Chisholm Smith and J. Logan Smith; Margaret was preceded in death by a half-brother, Clive; and two half-sisters, Boxley and Agnes. Margaret never married, but she leaves behind a lifetime’s worth of friends and relatives.

A visitation will be held at 1 p.m. Monday, March 21, 2016, at Grove United Methodist Church. The funeral service will follow at 2 p.m. Burial will be at Central Cemetery in Radford. Donations in her memory can be made to the Radford-Fairlawn Daily Bread (501 E Main St, Radford, Va. 24141) or Grove United Methodist Church (1020 Tyler Ave, Radford, Va. 24141).

DeVilbiss Funeral Home in Radford, Va. is in charge of arrangements.