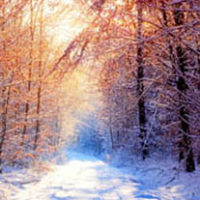 He is survived by his wife, Linda M. Smith, of Christiansburg; one daughter and son-in-law, Angela and Robbie Pierce, of Elliston; one son, Randy Smith and girlfriend, Margaret Rodriguez, whom Leon loved as a daughter; one sister and brother-in-law, Debbie and Junior Saul, of Radford; one brother, William Smith and fiance, Pam, of Bluefield, W.Va.; four grandchildren, Tiffany Sheppard, Neil Sheppard, Austin Pierce and Kristin Pierce; special friends, Tracy and Jon Stewart, Jerry and Betty Porterfield; and several nieces and nephews.

The family wishes to express a special thank you to Carilion New River Valley Hospice.

Funeral services will be conducted Wednesday, December 31, 2008 at 3 p.m. in the McCoy Funeral Home Chapel with the Rev. Ira Smith, Jr. officiating. Interment will follow in the Belmont Cemetery, Christiansburg. Friends may call any time after 12 noon Tuesday and the family will receive friends from 6 to 8 p.m. Tuesday evening at the McCoy Funeral Home, 150 Country Club Drive, Blacksburg.