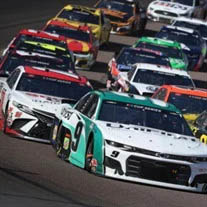 Larry Wilbert Smith, 77, of Floyd passed away on May 31, 2022. He was born December 17, 1944 to the late James Wilbert Smith and Lillie Annalene Smith. He is also preceded in death by brother-in-law, Nelson Vest.

Larry served in the Virginia National Guard from 1965-1971. He was a die-hard Auto Race fan and he especially loved Franklin County Speedway.