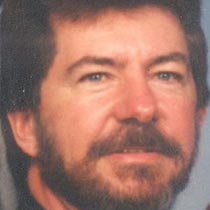 Larry Levaughn Smith, 72, of Ironto, formerly of Christiansburg, passed away on July 24, 2016. He was preceded in death by his parents, Edmond and Dorothy Altizer Smith; and sister, Sharon Griffith.

Larry was a hard working, loving and caring man. He served in the Army and spent time in Germany. He built a log cabin from scratch and whistled while he worked. He was a great gardener, a great husband, and a great father.