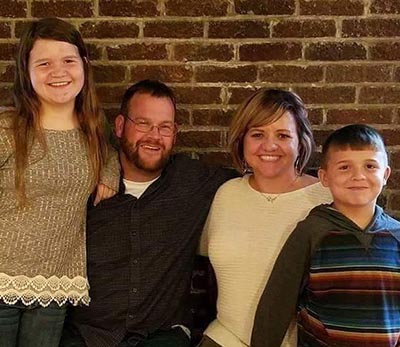 Justin Garrett Smith, 37, of Radford, passed away Sunday, December 11, 2016 from injuries sustained from a motorcycle accident.

He was a member of Snowville Baptist Church and has worked for 20 years at Volvo Trucks as a paint repairman. Justin was a loving father, son, brother, uncle and family man. He was a faithful servant to his community, serving in the Snowville Volunteer Fire Dept.

The family will receive friends from 3 until 6 p.m. on Friday, December 16, 2016 at the Mullins Funeral Home in Radford. Funeral services will begin at 6 p.m. with Rev. Neil Wood officiating.

In lieu of flowers, the family kindly requests that donations be made to the Snowville Volunteer Fire Dept., 4855 Lead Mine Road, Hiwassee, VA 24347.

The Smith family is in the care of Mullins Funeral Home & Crematory in Radford. www.mullinsfuneralhome.com