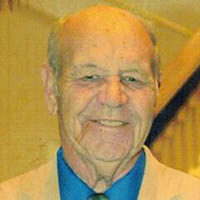 John William Smith, 88, passed away peacefully at home on December 2, 2020. John “Bill” loved his country and served in the Air Force in Japan during the Korean War. Upon returning home he worked as a truck driver, salesman and commercial bus driver before starting a career in the home improvement business. In 1977, John started his own company, Energy Savers of Richmond, which he grew and ran until his retirement in 2007. He was also active in the American Legion at Post 125 in Lakeside.

The family will receive friends from 2 to 4 p.m. on Saturday, December 5, at the Central Chapel of Bennett Funeral Home, 3215 Cutshaw Avenue. Graveside services will be held at 11 a.m. Monday, December 7 at Mountain View United Methodist Church Cemetery in Dublin, Va.

In lieu of flowers, donations may be made to The American Legion at Legion.org. Local arrangements are being conducted by Seagle Funeral Home, Pulaski. Online condolences may be sent to the family by visiting www.seaglefuneralhome.com