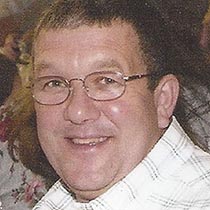 James O’Keefe (Jimmy) Smith, 63 of Narrows went home to be with the Lord on Monday, September 12th, 2016. A lifelong resident of Giles County, he was born on August 11th, 1953, and was the son of the late William Randall and Elizabeth Martin Smith.

In addition to his mother and father, he was preceded in death by his first wife, Nancy Farley Smith.

Lovingly known to his co-workers as Herman, Jimmy was a longtime employee of Celanese in Narrows with over 40 years of service. A loving husband, father, grandfather, brother and friend, he will be deeply missed by his family and many friends.