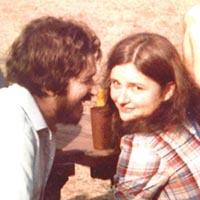 Glenna Gail Frazier Smith, 71 of Jonesville, NC, formerly of Pearisburg, went to be with the Lord at her home on Friday, April 17, 2020. Glenna was born in Pearisburg on April 20, 1948 and was a daughter of the late William Lee McKinley Frazier and Savanna Pearl Reed Frazier.

Glenna grew up in Pearisburg, was a retired nursing assistant working in the Veterans Hospital and in private hospitals and cared deeply for animals and their well being and cared for the simple life and the comfort of her family.

Funeral services will be conducted Friday, April 24, 2020 at the Givens-Riffe Funeral Chapel in Narrows at 3pm with the Rev. Elliott Draughn officiating with burial following in the Fairview Cemetery in Narrows.

In lieu of flowers, donations can be made to the Giles County Animal Shelter.