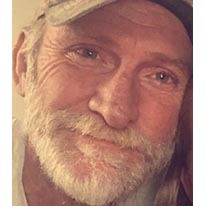 Terry Michael Smart Sr., 49, of Pearisburg, passed away on Monday, December 13, 2021 at his home. Terry was born in Radford, VA. on April 20, 1972 to Tony Michael Smart and Deborah King Martin. Terry is preceded in death by his wife, Mandy Bailey Smart and grandparents, Eugene and Coleen King.

Terry was an avid Hunter, fisherman, cook and a fan of the Pittsburgh Steelers.

Per Terrys wishes he will be cremated and services will be held at a later date. A guestbook is available by visiting www.kendallfuneralhome.com. Kendall Funeral Home in Pembroke will be serving the Smart family.