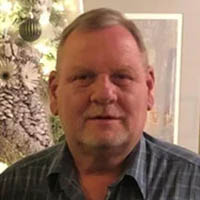 Pascal Erno (Bud) Slusser, Jr., age 63, of Christiansburg died, Wednesday, December 16, 2020, at his home surrounded by his family. He was born on March 10, 1957 to the late Pascal Erno, Sr. and Mary Bradley Slusser. He was also preceded in death by a brother, Roger Slusser.

Bud was an avid hunter, fisherman, and outdoorsman. Most of all he cherished his time watching Jamie play ball.

Services will be held at a later date. Arrangements by McCoy Funeral Home, Blacksburg