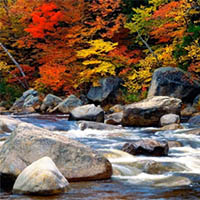 Ruphas D. Sluss, age 82 of Kingsport, TN and formerly of Dublin, Virginia passed away Wednesday, September 25, 2019 at the Holston Valley Hospital in Kingsport, TN. Born August 27, 1937 in Lebanon, VA he was the son of the late Wade C. Sluss, Sr. & Audrey Johnson Sluss.

Ruphas was a member of the Dublin United Methodist Church, the Dublin Lions Club and the Tazewell Masonic Lodge.

Funeral services will be held 11:00 AM – Tuesday, October 1, 2019 at the Bower Funeral Home-Chapel, Pulaski. Interment will follow at the Highland Memory Gardens, Dublin where he will be beside his wife and with the cremated remains of his little dog “Bo” who died in 2014.

The family will receive friends one hour before service time Tuesday at the Funeral Home.