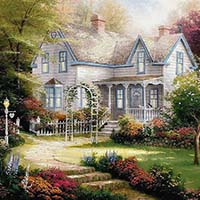 On Thursday afternoon, April 24, 2019 in Lewis Gale Hospital Montgomery, Mrs. Martha Phyllis Isaacs Slayton was called by her Lord and Savior to her eternal home as a result of an accident on Friday, April 19, 2019 which resulted in a severe brain injury.

This beloved 85-year-old lady was born on October 29, 1933, at Timber Lake in Lynchburg, VA. As the sixth daughter and youngest child of the family of the late Mr. George F. Isaacs and the late Mrs. Susan “Susie” B. Glenn Isaacs.

Besides her parents, Phyllis is preceded in death by her five sisters, Mrs. Marie I. Lawrence, Mrs. Mabel I. Patterson, Mrs. Frances I. Riley, Mrs. Ruth I. Arthur, and Mrs. Georgia I. Wood.

Phyllis graduated from Brookville High School in Lynchburg, Va.. She attended Longwood College for two years before transferring to Virginia Tech from which she graduated in 1955 with a B.S. in Home Economics. She worked as a Home Economist intern for Appalachian Power Company in Roanoke, Va. and as a Home Economics Extension Agent for Isle of Wight County in Smithfield, Va. where she dated her future husband who was the Isle of Wight County Extension Agent. Aubrey and Phyllis were married on December 15, 1956, in Beulah Baptist Church, Lynchburg, Va. She then devoted her remaining working years as a wonderful wife, dedicated homemaker, and devoted mother/grandmother/great-grandmother.

Phyllis was a lifetime member and served as an officer of the local chapter of Daughters of the American Revolution. She also participated in the Blacksburg Home Economics Club. She was a member of Blacksburg Baptist Church where she sang in the Adult Choir and was a member of the Fidelis Sunday School Class. Although Phyllis’ physical presence will be greatly missed, the legacy she leaves of faith, hope, and love in her gracious words and deeds will remain an abiding comfort in the months ahead.

Visitation will be on Sunday, April 28, 2019 from 4 to 6 p.m., followed by a celebration of Phyllis’ life on Monday, April 29, 2019 at 11 a.m. in the Chapel of McCoy Funeral Home in Blacksburg, Va. Dr. Don McKinney of Blacksburg Baptist Church, the Rev. Jerry Dowdy of Belmont Christian Church, and the Rev. Philip Motley, the oldest Slayton nephew, will participate in the service. Interment will be in Westview Cemetery of Blacksburg.

Besides floral arrangements at the service and cards of sympathy addressed to English Meadows Senior Living Community, 3400 South Pointe Drive, Apt. #102, Blacksburg, VA 24060, memorial donations may be made to either Blacksburg Baptist Church or Belmont Christian Church.