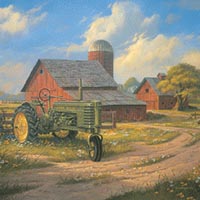 On Thursday, December 12, 2019, in Plymouth, MN, Dr. Aubrey Roland “A.R.” Slayton, of Blacksburg, passed peacefully into the arms of his Lord and Savior, Jesus Christ. He moved to Minnesota in August to live with his daughter and son-in-law following the death of his beloved wife of 62 years, Phyllis, and his placement in hospice for severe heart failure.

This spunky 92-year-old gentleman was born March 10, 1927 in Rustburg, Va. He was the third and youngest child of the late Samuel H. Slayton and the late Elizabeth C. Slayton. He was also preceded in death by his brother, Julian C. Slayton; and sister, Bernice S. Motley. He is survived by his daughter and son-in-law, Mrs. Carol and Mr. Jack B. Amis of Plymouth, Minn.; his son and daughter-in-law, Mr. David and Mrs. Susana Slayton of Burke, Va.; his seven grandchildren, Steve Amis (wife, Laura) of Plymouth, Minn., United States Army Major Paul Amis, of Ft. Campbell, Ky., Jenni Amis of Alexandria, Va., Emma Slayton, Ally Slayton, Andy Slayton and Susy Slayton of Burke, Va.; and two great-granddaughters, Brynn Amis and Ellie Amis of Plymouth, Minn.

A.R. was raised and worked on a general-purpose field crop and small dairy farm in Pittsylvania County (near Danville, Va.) He graduated from Dan River High School and served in Aviation Ordinance in the United States Navy in World War II. With financial assistance from the G.I. Bill, he worked his way through Virginia Tech and received a BS in Agronomy in 1952. During his time at Virginia Tech, he was president of the Baptist Student Union, member and Chancellor of Alpha Zeta, National Agricultural Honor Society, member and treasurer of Omicron Delta Kappa, National Leadership Society, and member of Phi Sigma, Biological Sciences Honor Society.

He was selected for a Kellogg scholarship and completed an MS (1960) and PhD (1962) in Extension Administration at the University of Wisconsin – Madison. A.R. was employed as a County Extension Agent in Isle of Wight and Roanoke Counties prior to returning to Virginia Tech as an Extension Faculty Member in 1957. In 1962, he received the Award for Superior Service from the U.S. Department of Agriculture (USDA). After the Va. State Legislature created the Extension Division (encompassing all off-campus work by Virginia Tech) in 1966, he was appointed as Director, Staff Development and Full Professor for the Cooperative Extension Division.

For more than 30 years, he provided overall leadership for development and delivery of orientation, in-service, and graduate education programs for Resident Extension Faculty and staff, plus all off-campus Extension Faculty and staff. He was an active member of the Virginia Adult Education Association and the National Adult Education Association. He was inducted into Phi Delta Kappa, Professional Educators Society and Epsilon Sigma Phi, Professional Extension Organization. He retired as Professor Emeritus from Virginia Tech in 1983. He was a member of the National Active and Retired Federal Employees Association (NARFE) and was honored as a distinguished member in 2013.

Following retirement, A.R. continued his desire to serve others through his church and community organizations. He and his wife, Phyllis, volunteered at Lewis Gale Montgomery Hospital in Blacksburg, Va. for more than 20 years. He was recognized as Volunteer of the Year in 2009. He continued volunteering in Outpatient Surgery until January of 2019 and amassed an amazing 9,300+ hours of service. He was active in, and an officer of, Christiansburg-Blacksburg Rotary Club. He was a long-time member of Blacksburg Baptist Church and the Fidelis Sunday School Class. In recent years, he attended Belmont Christian Church.

The family would like to thank the staff of Lewis Gale Montgomery Hospital for their loving care of A.R. during his multiple admissions over the past year, and his extended volunteer family who often called and wrote to check on him. Following his move to Minnesota, the family would also like to thank the staff of Park Nicollet Methodist Hospital-3E, the care staff of Home Instead, and the entire Park Nicollet Hospice Team, who lovingly cared for A.R. as his health rapidly declined. It was A.R.’s greatest desire to be surrounded by family in Carol and Jack’s home as he prepared to go to heaven.

Interment with military honors will be held at Westview Cemetery of Blacksburg on Saturday, January 11, 2020 at 12 p.m., followed by visitation from 2 until 4 p.m. at McCoy Funeral Home. A memorial service celebrating A.R.’s life will be held on Sunday, January 12, 2020 at 1 p.m. in the Chapel of McCoy Funeral Home in Blacksburg, Va. The Rev. Philip Motley, the oldest Slayton nephew, will lead his memorial service; Dr. Michael Slayton and Dr. Chuck Clark will also participate.

Besides floral arrangements at the service and cards of sympathy addressed to Jack and Carol Amis, 2920 Pilgrim Ln N, Plymouth, MN 55441, memorial donations may be made to either the Lewis Gale Montgomery Hospital Volunteer Association or the American Heart Association.