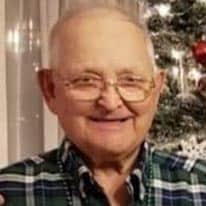 Charles Jackson “Jackie” Skeens, 80, of Pearisburg, VA went to be with the Lord on Tuesday, December 11, 2021, at the Salem Veterans Care Center. Charles was born on April 22, 1941, in Glen Lyn, VA and was a son of the late Arnold Wilson Skeens, Sr. and Texie Turner Skeens. Besides his parents, he was preceded in death by his wife, Bobbie Sue Reed Skeens and one brother, Arnold Wilson Skeens, Jr.

Memorial donations may be made to the charity of your choice.