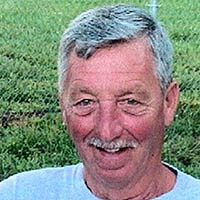 Reginald “Reggie” Sizemore, 70 of Dublin, Va. and formerly of Pineville, W.Va., traded in the hunting grounds and fishing holes here on Earth for his eternal home in Heaven on March 10, 2021 after a boating accident. Reggie took his last breath doing what he loved, out in the sunshine casting a line fishing.

Born and raised in McGraws, W. Va., he was the son of the late Denver Jack and Sadie Maroachillo Sizemore. Grandparents were Veto and Rosa Maroachillo and Joseph and Annie Sizemore.

He was a U.S. Army veteran, retired from U.S. Steel Pinnacle Mines and attended the River of Life Church, Dublin, Va.

Reggie was known for his love of hunting and being in the woods, fishing anywhere possible, working outside, his beautiful flowers, as well as his smile and love for helping others.

Visitation will be Wednesday, March 17 at Saulsville Baptist Church from 1-3 p.m. with funeral services immediately following at 3 p.m. with Pastor Shawn Burgess from his church in Dublin, Va.

Family and friends will serve as pallbearers. He will be laid to rest in the Clay Family Cemetery beside his parents in Saulsville, W.Va.