Michael L. Sizemore, age 74, of Floyd, passed away at the Salem VA Hospital in Salem on Saturday, June 7, 2014. Mike was born September 23, 1939 in Welch, West Virginia. He grew up in Christiansburg and was a stellar athlete at Christiansburg High School. He attended Concord College, Virginia Tech, and the University of Florida. He enlisted in the United States Army and served several tours of duty in Vietnam. Before retiring to Floyd County in the early 1970’s, Mike served as a Police Officer in Daytona Beach. In the mid 1970’s, Mike did a weekly sports report for the Floyd Press and dearly loved the FCHS Buffaloes and The Fighting Gobblers of Virginia Tech. 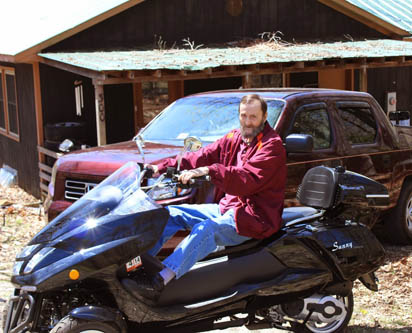 A celebration of Mike’s life will be held for friends and family at a later date.

Memorial contributions are welcome and should be mailed to the Floyd County Rescue Squad, P.O. Box 257, Floyd, VA, 24091. Online condolences may be made by visiting www.maberryfuneralhome.com