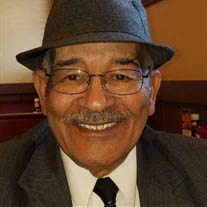 Rev. Theado Edward Simmons Sr., 85, of Elliston went home to be with the Lord December 23, 2022. He started working in a barber shop and retired with the railroad. In between he also farmed, tinkered in his garage, worked with his sawmill, and was a minister throughout his community and in local nursing homes.

The family will receive friends from 6 to 8 p.m on Wednesday, December 28 at Horne Funeral Home. Funeral services will be at 1 p.m. on Thursday, December 29 with Rev. Vivian Simmons officiating. Interment will follow in Burton Family Cemetery.