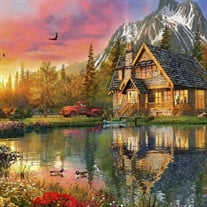 Marcus Richard Simmons, 62, died on January 22, 2022 at his home in Pulaski. Mark was a welder by trade and was a joy to all who knew him and loved him.

Born in Washington DC on February 24, 1960 and was the only child to his late parents Richard & Ruby Ritter Simmons. He is also predeceased by his grandparents Mr & Mrs Raymond Simmons and Mr & Mrs R.F. Ritter.

Mark is survived by his daughter; Nikki Simmons of Manchester, England as well as several aunts, uncles and cousins.

At the request of Mr. Simmons, there will be no services.

The arrangements are being cared to by Norris Stevens Funeral Home located at 815 Randolph Avenue in Pulaski. Online condolences may be sent by visiting www.stevensfuneralhomepulaski.com