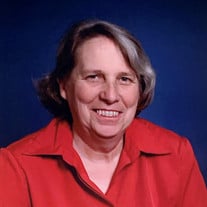 Juliana “Julia” Maureen Oliver Simmers of Fairlawn, passed away at age 69 on Tuesday, May 18th, 2021. She was a devoted and loving mother, grandmother, friend and neighbor.

She was preceded in death by her husband of 49 years, Garnett Edwin “Eddie” Simmers Sr.; her father and mother, Marshall Watkins & Joyce Agnew Oliver; her brother, Lonnie Oliver; and her grandson Garrett Simmers.

She grew up on a farm and at an early age learned to love outdoor work alongside her family, something she carried with her into adulthood. It brought her great joy to take care of things – people, animals, and plants. She spent many hours in the barn, garden, and kitchen, and knew how to make something out of everything harvested.

Julia was a selfless and loving mother and grandmother, and she actively worked with children as a babysitter, daycare worker, Sunday School and Bible School teacher, sports mom/coach’s wife, and 4-H leader. She had a knack for getting any child to behave and participate, and somehow managed to make hard work fun. She was amazingly creative in inventing activities that would occupy children for hours. Kids instantly liked and trusted her, and she encouraged them to do difficult things that helped them not only gain skills, but also to grow their self-confidence. She had a gift for making each child feel unique, valued, and capable.

Julia was a committed member of Morgan’s Chapel United Methodist Church and more recently, Fairlawn Baptist Church. Outside of the home, she worked at Radford Child Care Center and after earning her Associate’s Degree at night, Blake & Moody, CPAs.

Funeral services will be conducted Friday, May 21st, 2021 at 11am in the Fairlawn Baptist Church. Entombment will follow in the Highland Memory Gardens. The family will receive friends from 10-11am prior to the service at the church. Instead of flowers, the family would ask that you make a donation to the Alzheimer’s Association. Arrangements by McCoy Funeral Home, Blacksburg.