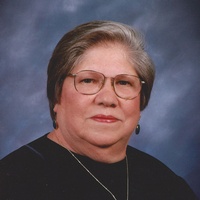 Jennie worked as the secretary for the Radford Police Chief for 25 years. She was an active member of Central United Methodist Church and participated in local, national, and international missions. She was an officer of the United Methodist Women on the local, district, and conference level and worked with the Gideons’ Auxiliary. She served as president of the Inglewood Garden Club and was active in the New River Historical Society, Wilderness Road Museum, Glencoe Museum and was a life member of the Archaeological Society of Virginia. She was involved in leadership in the Boy Scouts for over 50 years earning the Silver Beaver award.

A celebration of her life will be held at Central United Methodist Church, Radford at noon on March 16 with the Reverends Don Smith and Don Shelor officiating. The family will receive friends prior to the service beginning at 10:00 a.m.

A graveside service will be held at 10 a.m. on Monday, March 18, 2019 at the Southwest Virginia Veterans Cemetery in Dublin.

In lieu of flowers, the family requests memorials to the Gideons, the Simmerman Family Scholarship Fund at New River Community College, or the charity of your choice.

The Simmerman family is in the care of Mullins Funeral Home & Crematory in Radford. www.mullinsfuneralhome.com