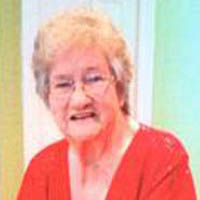 Ruby M. James Sifford, 93, passed away peacefully under the tender loving care of Treasure Coast Hospice surrounded by her family. She was born in Staffordsville, VA to Tapley Wells and Fanny Margaret Stanley Wells.

Ruby was of the Baptist faith and was most happy reading her bible and listening to hymns. She especially enjoyed having her bible read to her and being around children and babies.

Ruby was a devoted wife, mother and grandmother. Her greatest joy in the world was being a mother. She was preceded in death by both of her husbands Jesse James and Horace Sifford and her son, Clarence “June” James.

In lieu of flowers memorial donations in loving memory of Ruby can be made to Treasure Coast Hospice, TCHospice.org, 1201 SE Indian Street, Stuart, FL 34994.

Online condolences can be made at www.Martin-Funeral.com.

There will be a graveside service Saturday, February 20, 2016 at 11:00 A.M. at Walkers Creek Cemetery, Inc., White Gate, with Pastor Jim Conley officiating.