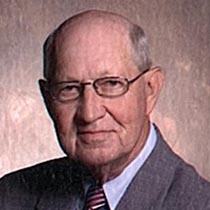 Samuel “Sam” Ray Shrader, 77 of Pearisburg, VA went to be with the Lord on Friday, August 4, 2017 at Carilion Roanoke Memorial Hospital.

Sam was born on March 22, 1940 in Narrows, VA, and was a son of the late Roby Marvin and Willie Mae Kitts Shrader. Besides his parents, he was preceded in death by one brother, Harry Gene Shrader.

Sam was a 1958 graduate of Narrows High School and attended Emory and Henry and Concord Colleges. Sam began working as a teenager delivering newspapers, he worked at Riffe’s Funeral Home in the summers, and began full time employment at the B & B stores, then was employed by Kroger’s in Pearisburg and then at Radford Arsenal. He then began his 34 year banking career by working at First Virginia, First National Exchange, Dominion, First Union and then retired at First Virginia Bank in Pearisburg. Sam added a personal touch during his banking career by calling each of his customers on their birthday.

Sam served his country by being in the United States Army Reserve. Sam was an active member of the community by being in a wide variety of extra-curricular activities in the past including: President of Narrows Jaycees, member of Giles Country Club Board of Directors, Chairman of Board for First United Methodist Church, member of Board of Trustees, First United Methodist Church, board member Pearisburg Lion’s Club, Treasurer for Pearisburg Merchant’s Association and Treasurer for Olde Towne Pearisburg Registry Association.

The family would like to give special thanks to Dr. Joshua D. Adams, MD and the staff at Carilion Roanoke Vascular Surgery. Online condolences can be sent to the family at givensfuneralhome.com.