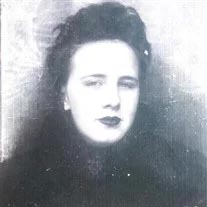 Josie was born in Vicker, and raised in Walton, Virginia. She worked at several factories and was caregiver for her husband for 18 years. She was one of a kind and always told you what she thought – whether you wanted to hear it or not. She loved flowers, going to yard sales, winning games on the radio and watching tv.

The family will receive friends on Monday, November 9, 2020, from noon to 1 p.m. with the Funeral Service beginning at 1 p.m. in the Chapel. A Graveside Service will follow in Southwest Virginia Veterans Cemetery at 3 p.m.