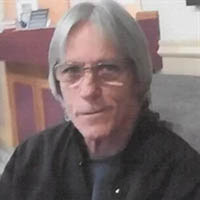 Terry Alan Shouse, 58 of Christiansburg, Va. passed away peacefully on September 25, 2020 at Lewis Gale Hospital-Montgomery. He was born on January 28, 1962 to the late Arthur (Ott) Tilden and Geraldine (Geri) Siler Shouse. Terry was also preceded in death by one son, Brian Alan Shouse and his twin brother, Todd Arthur Shouse.

Left to cherish his memory is his son, Justin Shouse of the home, two grandsons, Braxton and Brian Shouse, He is also survived by one brother, Steve Shouse and wife, Darlene of Christiansburg, one nephew, Matthew Galliher, a special cousin, Sandy Goodwin, and his constant companion, Bella, several aunts, uncles and cousins.

Due to covid-19 and fulfilling Terry”s wishes, there will be a viewing by ten family members before his cremation. Arrangements by McCoy Funeral Home, Blacksburg.