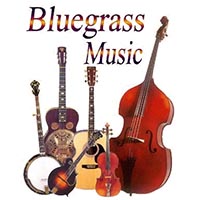 Garfield Shepherd, 84, of Christiansburg, died Tuesday, August 4, 2009, at his home. He was born in Montgomery County, Va. on August 15, 1924, to the late Bud Anderson and Rosa Belle Young Shepherd. He was also preceded in death by his brothers, Lynwood Shepherd, Ansel Shepherd, B.A. Shepherd Jr., and Kelly Shepherd; his sisters, Nina Linkous, Lita Gray Linkous, and Hallie Terry.

Mr. Shepherd was an avid musician who loved bluegrass and country music.

Funeral services will be conducted Friday, August 7, 2009 at 1 p.m. in the McCoy Funeral Home Chapel with Pastor Marvin Wade officiating. Interment will follow in the Sunset Cemetery Christiansburg.