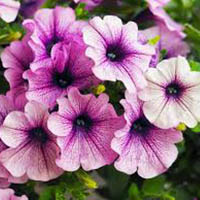 Gladys Woody Shelor, 101, of Colonial Heights, formerly of Roanoke, passed away Sunday, February 13, 2011. A native of Nelson County, Virginia she was the daughter of the late Amherst P. and Gracie White Lynch.

Gladys was the oldest living member of Swift Creek Baptist Church and a member of both the Colonial Heights Senior Citizens and Sunshine Breakfast Club.

A funeral service will be held at 6 pm Thursday, February 17, 2011 in Swift Creek Baptist Church with Dr. Steve Felker and Rev. Brent McGuirt officiating. The family will receive friends following the service until 8:30 pm at the church. Interment will be 1 pm Friday, February 18, 2011 in Blue Ridge Memorial Gardens, Roanoke, VA.