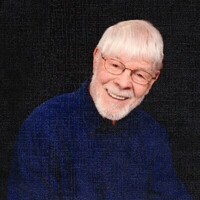 Lewis was a Professor of Music at Radford University, loved his Lord, wife, family, nation, and tennis.

He is survived by his children, David Sheckler, Stephen Sheckler (Beverly), and John Sheckler (Annette). He has three grandchildren, Rhianon Growney (Matt), Amanda McBride (Bobby), and James LaPoint. Lewis also had seven great grandchildren. He was preceded in death by his parents and two of his siblings, Ed and Esther.

There will be a Celebration of Life at 2 pm on Saturday, July 24, 2021 at the Christ Wesleyan Church, 525 Harkrader St., Christiansburg, Va.

The Sheckler family is in the care of Mullins Funeral Home & Crematory in Radford. www.mullinsfuneralhome.com