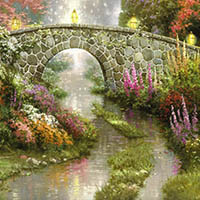 Minnie Frances Shaw, 84, of Pearisburg, Va. passed away on Monday morning, August 27, 2007 at Riverview Nursing Home in Rich Creek, Va. Mrs. Shaw was born in Buena Vista, Va. and was a daughter of the late Charles Henry Ellis Shanks and Mary Rowsey Shanks. Besides her parents, she was preceded in death by her husband, Elbert Shaw. Mrs. Shaw is of the Baptist Faith.

She is survived by one brother and sister-in-law, Joe and Gay Shanks of Pearisburg and several nieces and nephews.

Graveside funeral services will be conducted on Thursday, August 30, 2007 at 2 p.m. at Birchlawn Burial Park in Pearisburg with Dr. Fred L. Austin officiating. The family will receive friends at the Givens Funeral Home on Thursday, 1 hour before the service from 1 to 2 p.m.

Online condolences can be sent givensfuneralhome.com.